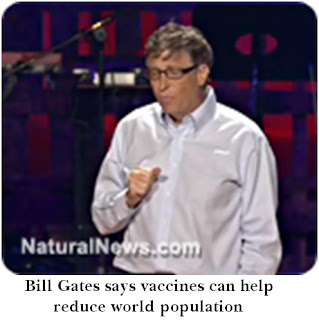 Responding to Microsoft billionaire Mr. Bill Gates for his recent TED conference presentation, who has donated hundreds of millions of dollars to new vaccine efforts,

He says,
"The world today has 6.8 billion people... that's headed up to about 9 billion. Now if we do a really great job on new vaccines, health care, reproductive health services, we could lower that by perhaps 10 or 15 percent." @ http://www.naturalnews.com/029911_vaccines_Bill_Gates.html
Before starting my word, I should Thank Mr. Bill Gates for using his invention Microsoft Office to explain my points.
I am writing this as my thought since there is no clear explanations and responds from any of the scientist or sociologist.
Now I am as an idealist, sharing my ideas in decreasing or increasing the world population.
Today’s news around the world is to think and experience the process before Implementation and then to announce to rest of the world.
Perhaps we will waste our time, if we think the ways to reduce the world population, at least by 10 or 15 percent.    Because the average growth of world population is not reach the original level where it should be today in this minute.
The below mentioned points acts as reference to my Response,
#1) The amount of natural death is increasing because of the unequalization of finance and economy. (The most of the richest and business figures are not ready to support poor generation).
#2) The amount of death in war is very high. (The capitalized, developed countries and anti -terrorist organizations attacks. The war activities in the name of bomb against terrorism are bleeding in various human living lands.
The amount of death increasing by new diseases such as virus like HIV and etc.
#4) The amount of death is also increasing because of new variety of food. Especially fast, quick and freeze  food has reduced the life span of living creatures.
#5) The vaccines for day to day diseases are reducing the average of age. (Most of medicines contain side effect which harms the human body).
We can get a clear picture when we compare ourselves which back dated generations.
Our Grandfather’s generation lived without the help of hospitals and medicines even for major diseases (as my experience in rural area).  This helps them to live a long and strong life.
But nowadays, even a new born baby’s are hospitalized for no reason. That the change our experience from past year people.
#6) Natural birth of Child has become a Question Mark nowadays. Operations play a vital role in child birth.
#7) If any countries or health organizations are implement a new vaccine system to reduce the growth of world population, the message will reach only urban areas in all countries.
Unfortunely, even now (before implement the new vaccines system as Mr. Bill Gates says) every single city living parents are controlling their families by 2 or 3 children.
All population control system is implemented only in urban areas in every country rather it should also reach the rural areas. 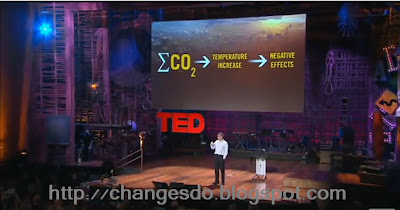 These families are maintaining the numbers of their children by using new invented medicines, condoms, sperm withdrawals system or scissoring with limited children.
Now, if new vaccines system is announced by his donations, it will be just an 8th major reason of reduce the growth of world population.
But it will lead the world population as half health and half disease people.
So the new vaccines will make unhealthy and the people will be become like persons affected by Hiroshima and Nagasaki blast.
I am writing this only to inform all that to think before you implement any ideas to the world, especially for human beings.
Instead of thinking how to reduce the population. We can think vice- versa.
i.e., to cure the poverty and the unemployment. We can utilize the money for such good cause.
Before I conclude, my sincere advise to the rich peoples in this world to look after the below    points and act accordingly..
A. Equalize the economic and daily living necessary things in every hook and corner in the world
B.  put the hands together for lasting peace,
C.  stop child abuse and work to Educate them,
D.  Develop the rural areas and refugee camps.
Let’s come together to change us and also others..
_________________________________
By: Issadeen Rilwan
Author, Tri villages of Mussali Division
www.changesdo.blogspot.com
Say your words and pay your commands
Posted by Issadeen Rilwan at 10/16/2010
Email ThisBlogThis!Share to TwitterShare to FacebookShare to Pinterest

What is the use of decreasing the population..
Whether Bill gates is going to fund if the population is decreased.. The CREATOR is the one who provide food & shelter to all.

//Instead of thinking how to reduce the population. We can think vice- versa.
i.e., to cure the poverty and the unemployment. We can utilize the money for such good cause.//

Mr.Bill Gates & other major world leaders should have a debate / discussion with Islamic scholars like Dr.Zakir Naik. This will get more support for Mr.Bill Gates's vision from Muslims. This is needed bcos it is only religion which gives a clear idea about 3 important things. From where we came to this world? Why are we living here for a limited period and which is our final destination? I guess as a human being Bill Gates will be interested to know these 3 things also.

I appreciated your idea. get together to spread the message to concern gentlemen.