‘Thanks to all Medias to promote Marichchikatti’ 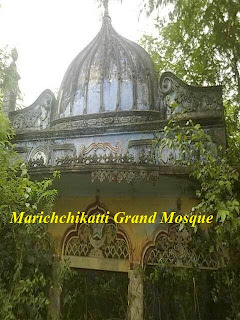 ‘Thanks to all Medias to promote Marichchikatti’

The whole country should know that at that time when the LTTE was trying to divide this country, these innocent people sacrificed their lands and moved out but did not assist them. These people did not help the LTTE at the time and they left their homes, belongings and mosques, everything … and left with just a handful of essentials in a shopping bag.

Today it is these innocent civilians who are living like this in the Marichchikatti village and are being treated in this manner.

After having left their lands these people returned to their villages around 23 years later, and one can imagine that the forest had engulfed their villages and it was not the same as when they left; it had been uninhabited for the past 23 or so years. However the remnants of a mosque, Houses, well, Heritage inscription and a cemetery are yet visible and this is proof that these villagers lived here in the past.

Prior to 1990 this village was occupied solely by the Muslim people and it is they who have now returned to claim rightful ownership to their lands. Had there been any other race that lived here then we too would welcome them now.

However it is only when these innocent Muslim civilians are returning to claim their rightful land that the Wildlife Department, the BBS, extremist monks and everyone else is making such a big issue of it. I wish to firmly state that these people are not encroaching on forest land. This is blatant discrimination against the Muslim villages and we have not damaged or cleared any land that belongs to the Wilpattu National Park.

Marichchikatti, internationally known as Marichchukkaddi, during the British Colonial period, was one of several ancient pearling villages, like Silavatthurai and Arippu, situated north of the Wilpattu sanctuary, along the Kondaichchi Bay, and south of the Mannar Island, known as “Epidorus” by the ancient Greeks and Romans. The trans-Indian Ocean pearl trade with the Indian sub-continent and Sri Lanka, dominated by the Romans during the heyday of the Roman Empire, was taken over by the Arabs, after the decline of the Roman Empire in the 4th-century A.D. 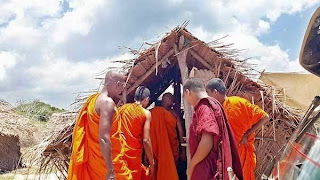 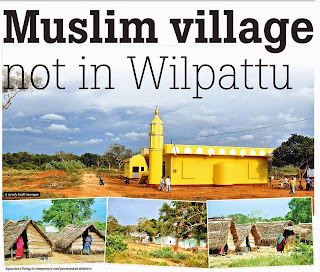 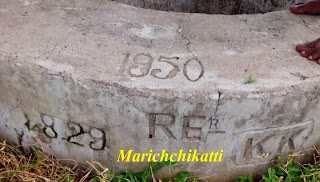 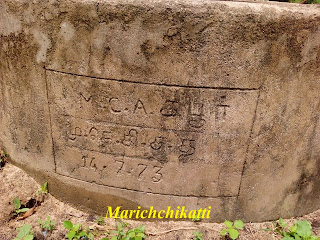 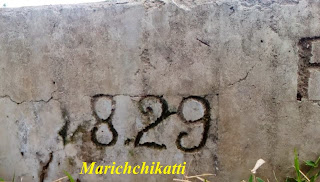 Posted by Issadeen Rilwan at 5/19/2015
Email ThisBlogThis!Share to TwitterShare to FacebookShare to Pinterest