Aseemanand owns up to strike on Mecca Masjid 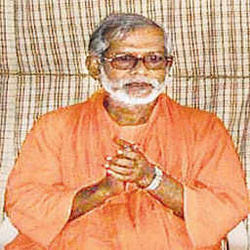 NEW DELHI: Aseemanand, the hardline Hindutva swami, has confessed to his involvement in the terror attack on Hyderabad's Mecca Masjid, while confirming that bomb attacks on the mosques in Malegaon (in 2006 and 2008) as well as the Samjhauta Express were carried out by Hindu radicals and he knew about it.

What reportedly led to the confession: the swami was cared for in jail by a Muslim, who was wrongly arrested in the Mecca Masjid blast, leading to the act of "atonement".

Further, he said RSS leader Indresh Kumar was part of the plan hatched to avenge bomb attacks on temples, but said that militant Gorakhpur MP Yogi Adityanath provided no help to one of the accused.

Indresh, Aseemanand claimed, helped enlist members of the saffron terror plot, including Sunil Joshi and Ramchandra Kalsangra, aka Ramji. In a statement before a magistrate under Section 164 CrPC (admissible in a court of law) the swami also identified the group of radicals who were part of the 'bomb-for-bomb' plan.


He said the Hindu radicals allegedly attacked mosques and the train carrying Pakistani citizens as part of the 'bomb-for-bomb' plan to retaliate against jihadi terror.

Before making his confession, Aseemanand reportedly told the magistrate that he knew he could be sentenced to death but he still wanted to make the confession because of the arrest of Kaleem, wrongly it now transpires, for the Mecca Masjid blast. Kaleem's plight motivated Aseemanand to think of "atonement" so that innocents don't suffer.

The confession reveals that the network behind saffron terror was far stronger and motivated, and its reach wider than suspected so far.

It cannot be used as evidence in other cases of alleged saffron terror since they are being investigated by other agencies. But it can help with other probes.

Also, it raises serious questions about the course of investigation into the 2006 Malegaon blast, considering that the Maharasthra ATS and CBI have already chargesheeted Muslim accused.

According to Aseemanand, the key figures in the Hindutva terror conspiracy are Joshi (who was allegedly killed by his co-conspirators), Sandeep Dange and Kalsangra, both of whom are absconding, and about 10 others who have already been nabbed.

Explaining his motivation, Aseemanand told interrogators that he was angry by the attacks on Hindu temples by "Muslim terrorists". "This caused great concern and anger in me. I used to share my concern about the growing menace of Islamic terorism with Bharat Ritheshwar of Valsad," he said.

But it was the attack on Varanasi's Sankatmochan temple which proved to be the last straw for the swami who had so far been known for his forceful opposition to proselytization by Christian missionaries in Gujarat's tribal Dangs area.

Interestingly, Aseemanand told the magistrate who recorded his statement that he decided to confess because of Kaleem, who was his co-inmate in Chanchalguda prison. Kaleem, a mobile phone seller, had to spend one-and-a-half years in jail in connection with the Mecca Masjid blast, a crime which has now been established as the handiwork of Hindutva radicals. He landed up in the same jail, this time for a different offence, at a time when Aseemanand was also lodged there.

He took great care of the swami. The gesture moved Aseemanand to such an extent to make him to atone by way of confession so that the "real culprits can be punished and no innocent has to suffer".

"During my interaction with Kaleem, I learnt that he was previously arrested in the Mecca Masjid bomb blast case and he had to spend about one-and-a-half years in prison. During my stay in jail, Kaleem helped me a lot and used to serve me by bringing water, food etc for me. I was very moved by Kaleem's good conduct and my conscience asked me to do prayaschit (penance) by making confessional statement."
Read more: Aseemanand owns up to strike on Mecca Masjid - The Times of India http://timesofindia.indiatimes.com/india/Aseemanand-owns-up-to-strike-on-Mecca-Masjid/articleshow/7238763.cms#ixzz1AQW1fOfD