Is the Bible God's Word?

A great debate between Sheikh Ahmed Deedat and Jimmy Swaggart and the topic was “Is the Bible God's Word?” It took place in U.S.A at the University of Louisiana, It's Worth seeing Don't miss it. 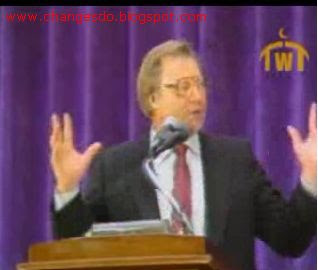 Mr. Jimmy Lee Swaggart
He was born March 15, 1935, in Ferriday, Louisiana. Ministering the Word under the anointing of the Holy Spirit, he preached to stadiums filled with capacity crowds around the world and, pioneered televangelism through his weekly telecast. In the 1980's his television programming transmitted to over 3,000 stations and innumerable cable systems each week. Reverend Swaggart's telecasts were seen by more than 8 million people in the United States and by more than 500 million people worldwide, making it the most widespread mass communication of the Gospel in history! 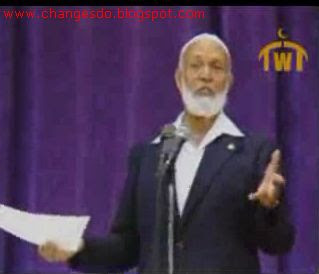 Mr. Ahmed Hoosen Deedat
Over the next four decades, he immersed himself into a host of activities. Conducting Bible classes, lectures and debates the world over. He established the first Islamic Seminary in Southern Africa to train propagators at Assalaam educational Institute - Braemar.


He is the founder of the largest Islamic Dawah Organization in the world, the Islamic Propagation Center International and became its president.
httpchangesdo.blogspot.com/2010/04/brief-biography-of-sheikh-deedat.html

please click the topic and enter insite the debate.

Thanks a lot to Editor of http://english.truthway.tv/

have you no any idea to add somthing in Urudhu?

I know to speak the Urudhu but i dont know to write or read.

please give me some time to do something.